Click to Call Us Now, Get Your Doubts Solved

Write a note on prehistoric paintings with special reference to Bhimbetka rock shelters.

Prehistoric paintings in India are found in many different places, including the Bhimbetka rock shelters in Madhya Pradesh. These paintings are mostly from the Mesolithic period, which dates from about 8,000 to 10,000 years ago. The paintings depict animals, hunting scenes, and other aspects of life from that time. The paintings offer an important insight into the society and culture of prehistoric India. 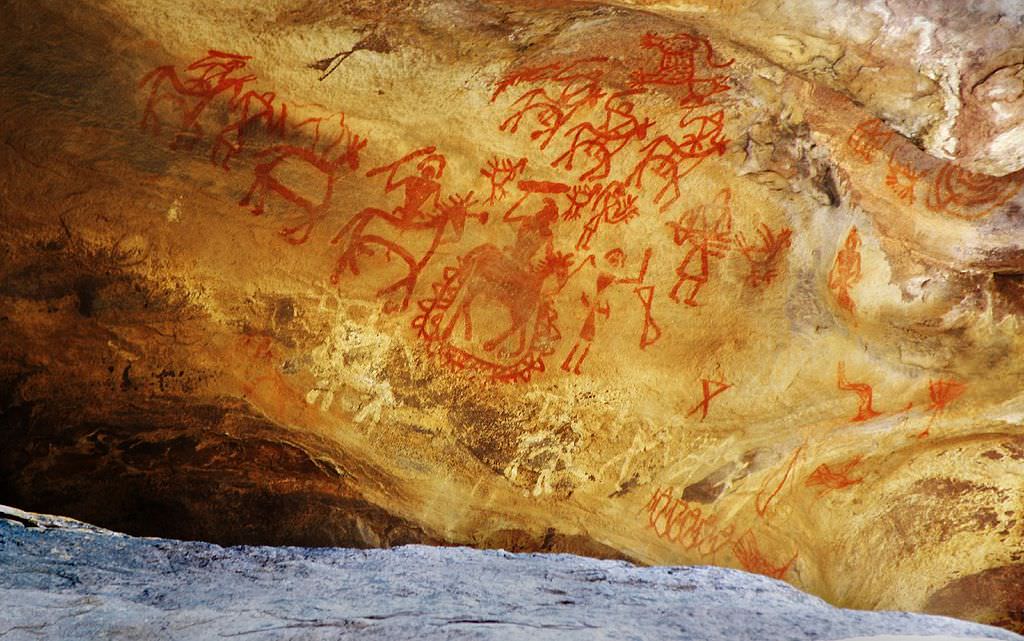 The Bhimbetaka rock shelters are the oldest known prehistoric paintings in India. The paintings here date back to the Mesolithic period and are estimated to be between 10,000 and 30,000 years old. The paintings depict a variety of scenes, including hunting, fishing, and dancing. They also feature animals such as tigers, bison, antelope, and wild boar.

The paintings in the Bhimbetka rock shelters are particularly significant because they show that early humans were capable of creating art and expressing their thoughts and feelings through art. The paintings depict various scenes including animals, humans, and everyday life. They show that the people of the time had a keen eye for detail and were able to accurately depict the natural world around them.

These paintings also offer a glimpse into the beliefs and spiritual practices of the ancient people, as many of the paintings contain symbols associated with religious and spiritual beliefs. The discovery of these paintings has helped to shed light on the lives of our ancestors and their relationship with the natural world. They are a valuable source of information for archaeologists and historians alike.

Also read – [Solved] Elaborate on the literary contributions of the Gupta dynasty?